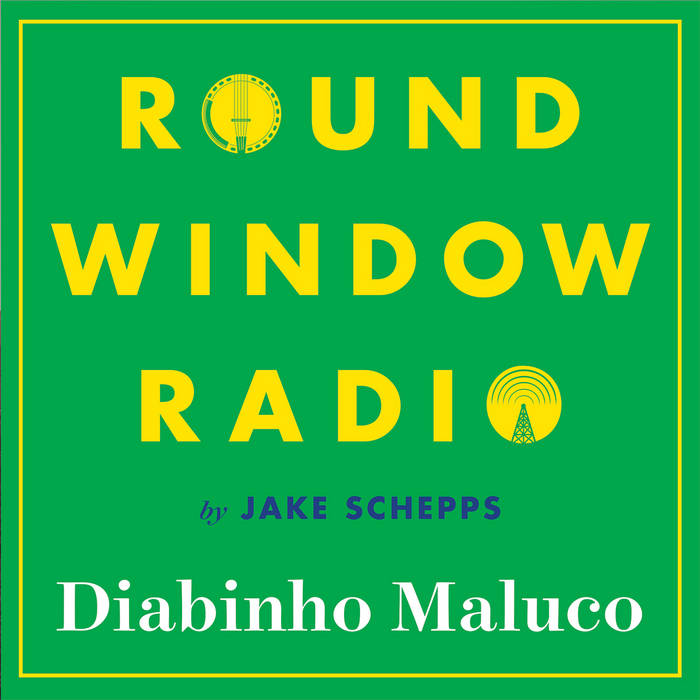 Choro music is hip, fun, and virtuosic music from Brazil developed in the late 19th century. It is traditionally played in small ensembles with mandolin (or bandolim), clarinet, flute, guitar, and percussion (typically pandeiro). The word “choro” in Portuguese literally means, "to cry," which seems like an ironic name for music that is often joyous and celebratory (maybe think of how Benny Goodman “wails”). It is considered an “urban folk” music, coming from cities as opposed to rural or isolated communities. This urban influence results in more extended chordal harmony and longer, more complicated forms (often in “rondo” form which is AABBACCA). Learning choro is a lifetime endeavor, just as it is to play bluegrass, Irish, or any other folk idiom.

This month’s release is “Diabinho Maluco,” was penned by the late great Jacob do Bandolim, one of the legends of choro. I was first turned on to Jacob when in 1993 Acoustic Disc (David Grisman’s label) released two cd’s of his music. I loved it from the beginning, yet had no idea what was going on musically. As I have dug deeper into this music, I have learned that the level of detail in the groove is simply astonishing. There are several grooves that people use (the choro, the samba, the anticipated samba, maxixe, the tango Brasileiro rhythm and many more). Accompanying these tunes in an authentic Brazilian way offers an array of challenges for the 5-string banjo, not to mention any gringo no growing up with samba coming out of the woodwork.

This track comes from a recording session on December 11, 2015. Bill Kopper is playing 7-string guitar (with a low B), which traditionally covers bass lines and the harmony. Carl Dixon is an incredible percussionist who has devoured the Brazilian tradition. He leads Bateria Alegria, a percussion ensemble here in Boulder, Colorado. Here Carl plays pandeiro, the traditional choro percussion instrument. Enion is playing her 5-string fiddle, which covers the range of a fiddle and a viola. I am grateful to have worked with Enion over so many years, from the Bartók project to the “Entwined” classical commissions, and now at Round Window Radio.

For me, I have a constant goal as a musician to work towards broader musical understanding and towards the creation of a more vibrant musical culture. To that end, attempting to synthesize musical repertories of various kinds from all over the world is one step. Choro offers all of this and more. Enjoy.

Jake Schepps has made a name for himself as a banjo renaissance man, an artist with not only an adroit touch on his instrument but an intrepid, imaginative vision for contemporary stringband music. Based in Boulder, Colorado, he leads the Jake Schepps Quintet, playing longform classical works written for string band, music by Bela Bartok, and of course some good ol' bluegrass. ... more

Bandcamp Daily  your guide to the world of Bandcamp